and it is going by too fast!  What is your favorite thing to do in the summer?
Posted by Amber at 5:02 PM 5 comments:

I thought I would have time to blog while being a mom and a grad student...  well, that did not happen.  I will be back and I will try to catch up! Look for me starting tomorrow.
Posted by Amber at 5:12 AM No comments: 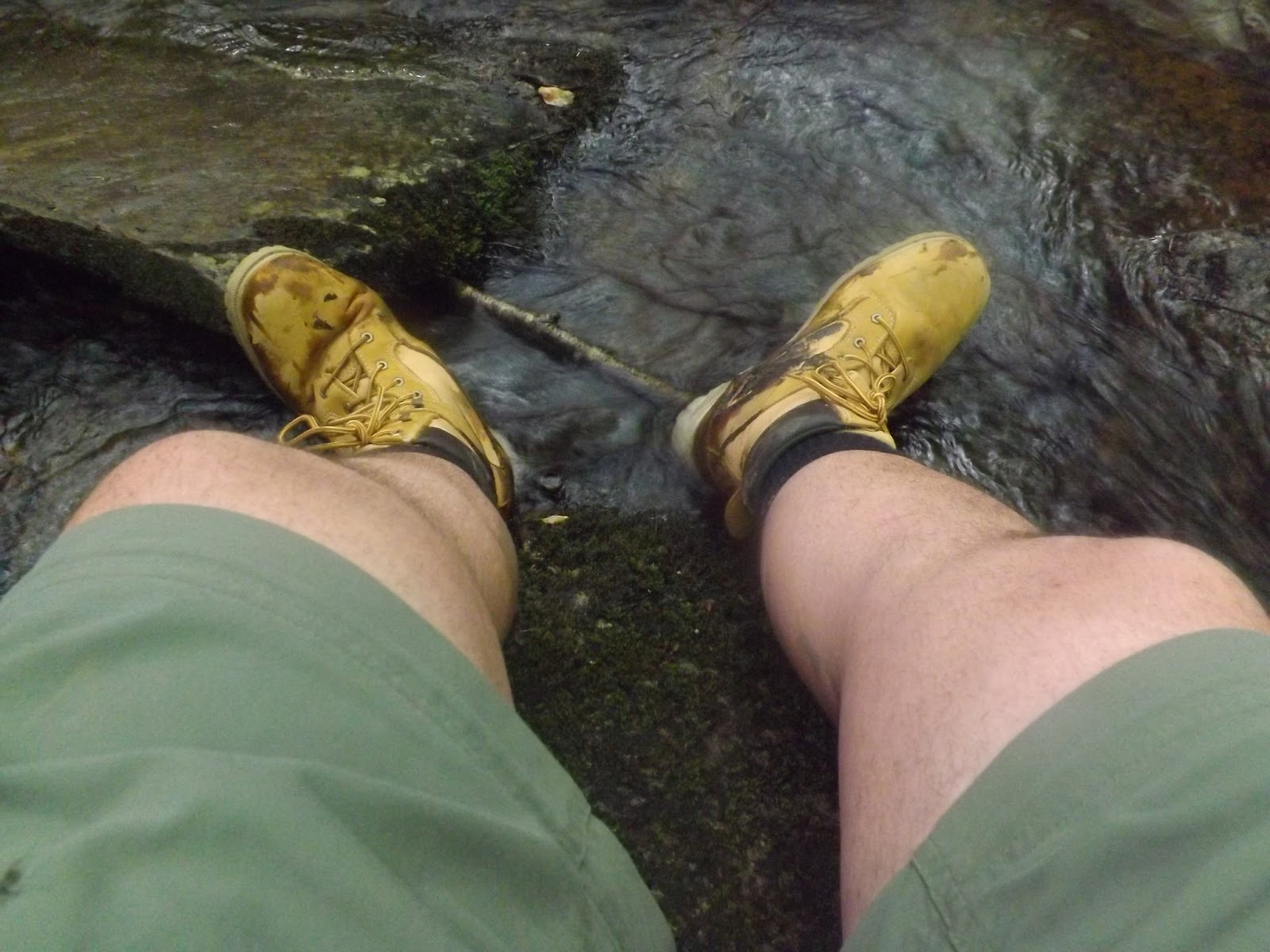 The weird social situation of summer.

This summer has been hard on me.  When I was a SAHM, I had a grove and I would have time with friends that way.  You saw the same people at the gym, the library and the park as they would go at the same time as you.

When I went to school, I lost those friends in a way, meaning I didn't see them everyday.  But, I gain the friendship of those in the graduate program as well were with each other all day while we were in school, did homework together, studied together, etc.  We became somewhat close friends.

Now that I have been out of school for a little over a month and a half, I have lost them too.  I see some of my grad school friends around town, but not consistently like I did.  I miss going out to eat with them almost every Friday and just the adult conversation it brought.

I am lucky to have found one friend of my with a child about the same age as my kids and once a week with do some adventure seeking together.  She is a teacher, so she misses her friends too!

It is hard to not feel burnt out over the summer when your kids are back home and fighting.  Do you have any advice to give?
Posted by Amber at 7:05 AM 7 comments: 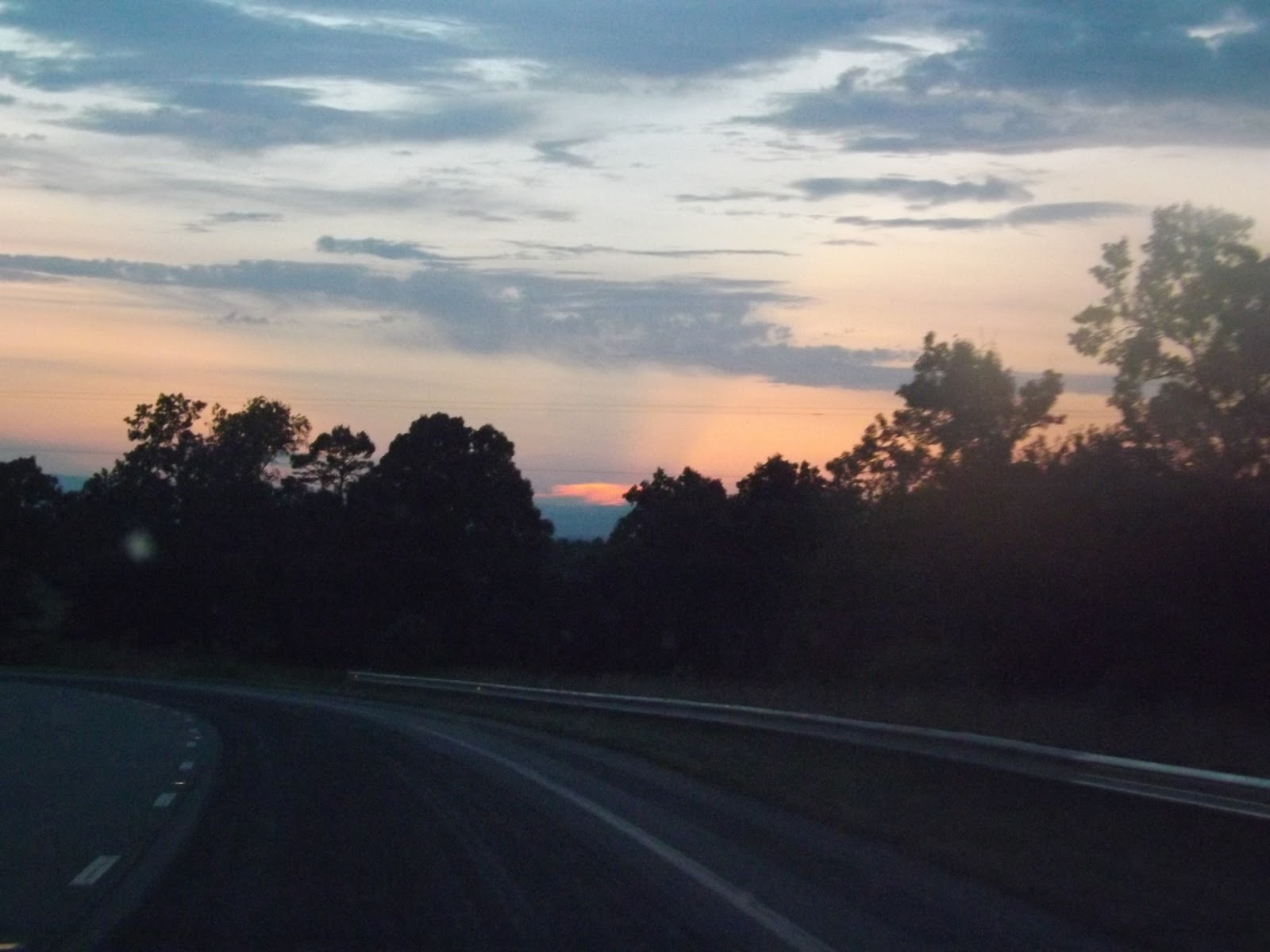 Why You Should go Climb a Wall

One of the many blessing my family has as grad student is that we all have access to the Student Rec Center.    We used it a lot in the winter to go swimming.  But this summer has been very rainy with the chance of a thunderstorm almost every day, so swimming, even inside has been out of the question.

So, my kids have taken to the rock wall. The SRC has it is called has a 50 ft rock wall.

On Monday, my kids decided they wanted to try it.  I have been rock climbing several times, including on 2 cruise ships, so I was up for the adventure.  Mark just got back from scout camp where he climbed a 40 foot one.  It has been 2 years since Ann last attempted and Patrick had never tried.

Ann and Patrick tried, but they made it about 1/3 of the way up.  Mark was successful on his second attempt and with a lot of coaching, I made it up on the second day we tried.

So, why should you go climb a wall?

1. The sense of accomplishment you feel.  Even if you made it up 10 feet, you know you did something.  Every time you walk past that wall, you know you tried something that you didn't think you could do and you did it.  About 3/4 of the way up, I thought I was done.  I could not reach that pull and I fell off the wall.  But I got back on and did it.  I was so proud of myself when I touch the top and I didn't want to get down.  So, I lived in that glory for a moment.

2.  You have to think about each move you make.  For the first few feet, you can just go as you wish, but after that, every move is thought over.  Can I reach that far?  Can I stretch that far?  In life, too many times, we don't think about the decisions we make.  Climbing a wall reminds us that we need to think about what we do.

3.  You see how strong you are.  It may not seem like it takes a lot of strength to climb a wall, but it really does.  It is a great way to work out both your heart and your muscles without being on a machine.  I promise you, you'll feel it within a few hours.

4.  It teaches you trust.  You have to trust your guide going up the wall and knowing that he has you.  If you feel like you are stuck, you have someone that has the rope, but you are doing all the work.

5. Failing can be relaxing it.  If you need to fall off the wall, I think it is really cool to be suspended by ropes up in the air.  It gives you a chance to breathe, see where you are and get back on that wall.

So, I encourage you to go climb a wall.  It is a great way to spend an afternoon with the kids and support each other.

Have you climbed a wall before?

First and Last Day of School

Can you believe the last day of school is finally here?  It has been a long time in the making for us as we started school August 8th.

Here are side by side pictures of the first and last day of school: 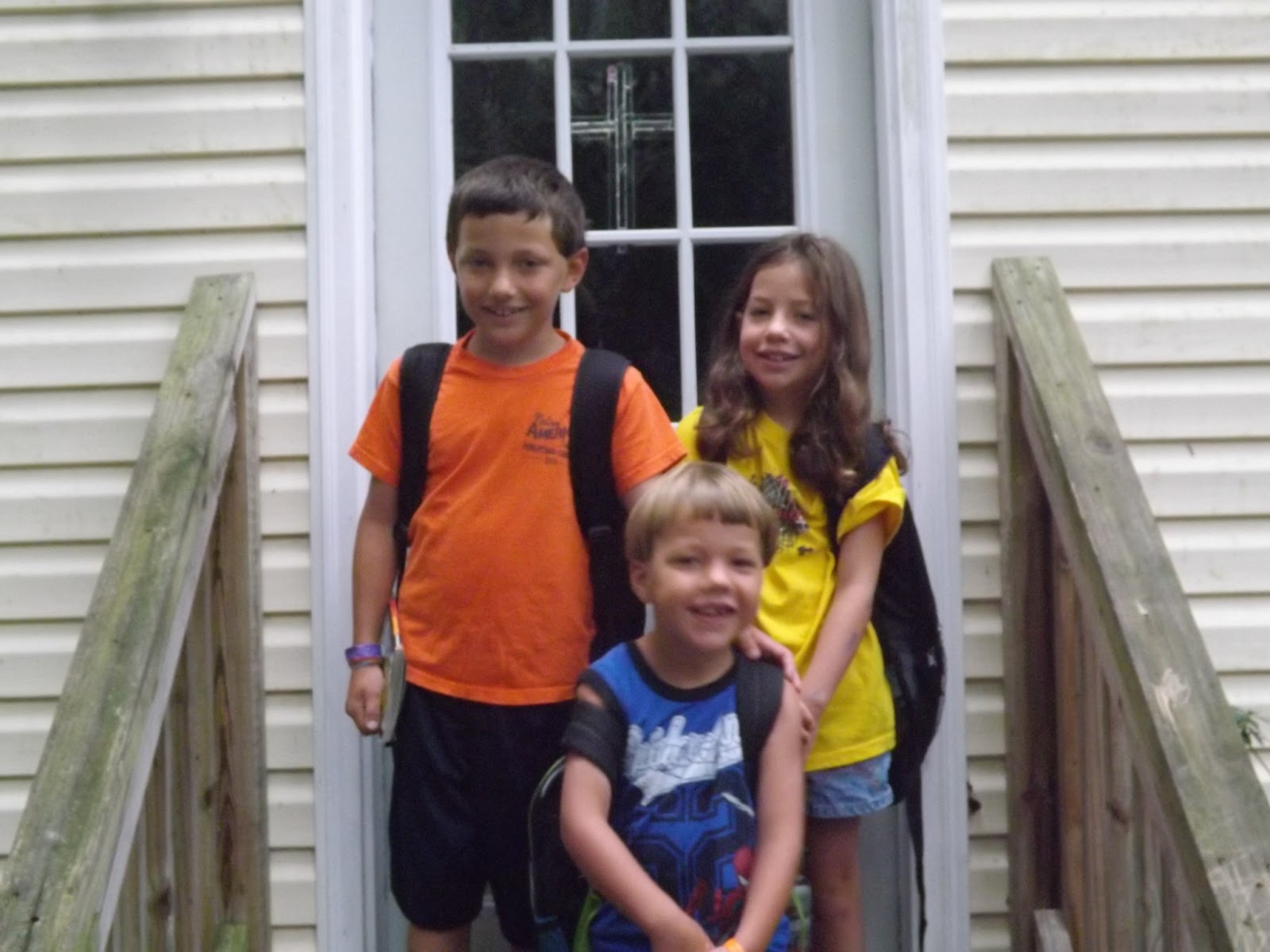 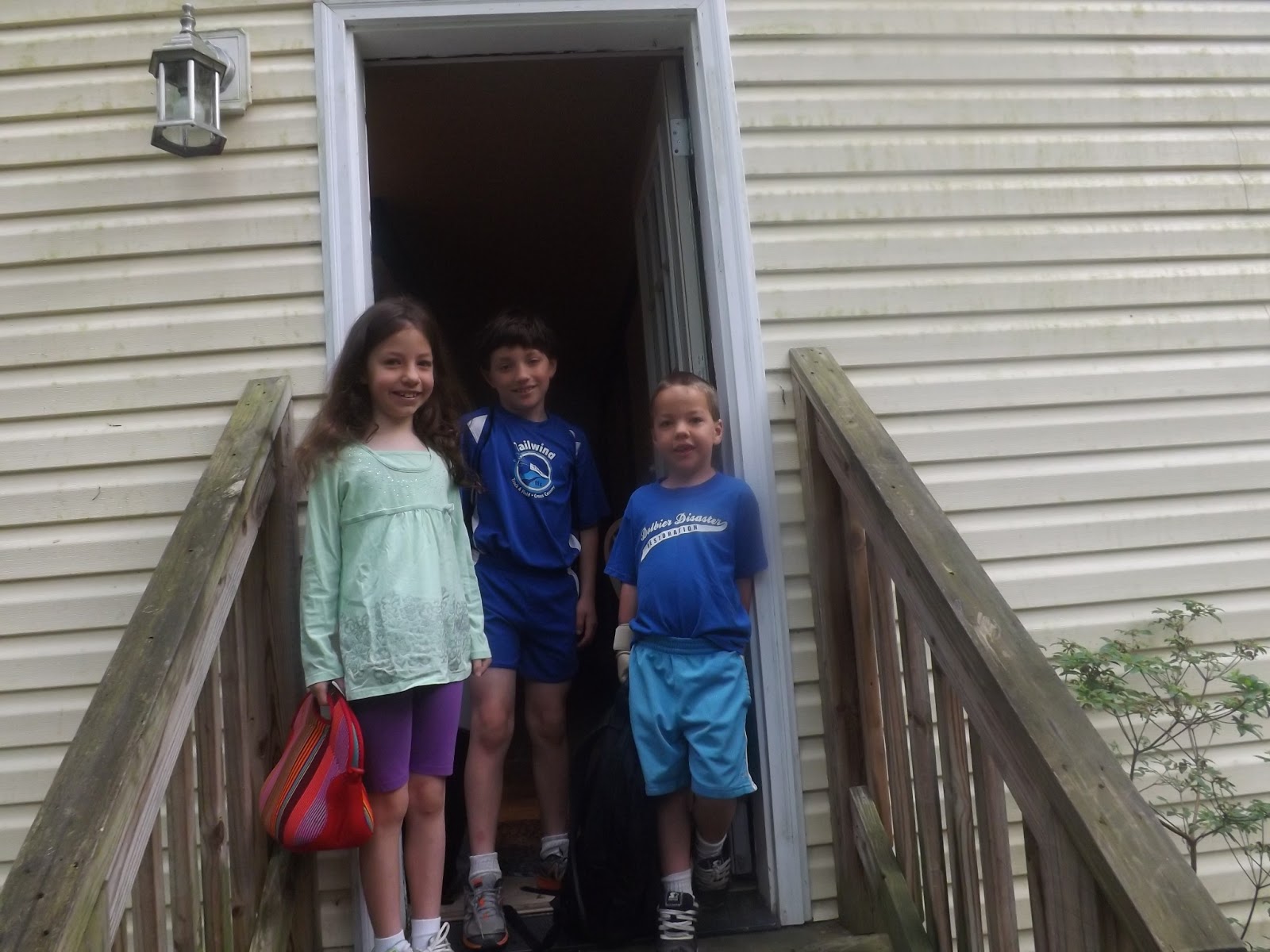 I enjoy summer and I hate summer.  Summer gives us a lot of time to hang out together as a family and do the stuff we want to do, but we don't have the time.  Camps, museums, biking and hiking are big highlights of the summer.  But I don't like how the kids have to fight all the time.  So, we get really busy.

What are our thoughts about summer?  Did you post first and last day pictures on Facebook?
Posted by Amber at 7:40 PM 5 comments:

Amber
I am a wife and mother of three. I have lots of dreams and am trying to figure out what I am going to do when I grow up.